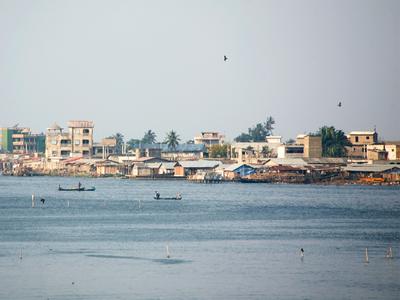 Prós: "I'm not Hindu, but I requested Hindu Vegetarian meal. It was very tasty and enjoyable."
Contras: "Seats were not comfortable, even in Comfort + seating isle."

Prós: "Everything was great"
Contras: "N/A"

Prós: "The crew was amazingly helpful. My son was having some anxiety and they went out their way to make him comfortable. They were the best!"

Prós: "The crew was very gentile."
Contras: "No enterteinment on the plane."

Prós: "Food and entertainment was awesome"
Contras: "It's awfull to sleep. Very unconfortable."

Prós: "Really liked the new touch screens (with very good responsiveness). Also liked the food selection (the champagne was nice, so was the menu we were given)."

Contras: "Air France delayed our JFK to CDG flight. That caused us to miss our connection flight afterwards from CDG to MUC. We got a later flight luckily but one of our bags got lost and is still currently lost!!!"

Contras: "Flying back to US, passsengers get charged for their luggage. Which this is not informed to us, neither On our email nor when we were checking ( for free) in Us"

Contras: "No space for legs. No food (just snacks). Very high temperature inside the aircraft. Flight delayed by 45 minutes."

Contras: "Engine noise in the cabin is loud."

Prós: "Timely and smooth teansit."
Contras: "Food has a way to go to be appetising."

Prós: "SFO - CDG (Air France) was a great journey in all respects. But the one major reason for that was, the middle seat was empty. I was so fresh after the journey, would definitely recommend this flight to anyone."
Contras: "The flight was delayed by atleast 45 mins and therefore had to rush at the CDG airport to catch the next flight."

Prós: "Everything was fine"

Prós: "Nothing."
Contras: "Everything. The crew seemed to skip over me and my husband multiple times. So we sat there with garbage the whole flight. My entertainment was broken and they had no solution but giving me $30 to use at the duty free shop the same day as the flighty. I paid extra for premium seating in an exit row and that was their idea of fair compensation. The crew ran out of vegetarian food so I didn’t eat anything but cold stale bread. The crew was non-existent most of the flight."

Prós: "It was a wonderful flight and service . Hospitality and welcoming."
Contras: "Nothing everything was amazing ."

Prós: "Absolutely everything perfect."
Contras: "Through my own fault I ordered a different seat instead of window seat. :)"

Prós: "nice drink selection on board flights"
Contras: "My pregnant wife was downgraded from business to economy 20 minutes before departure because the airline made a mistake with the reservation for our puppy traveling in the cabin with us. If this were not enough, the airline also lost one of our bags so this week we have to file for compensation for both begin downgraded and for the contents of our 30 kilo bag which never made it to Ho Chi Minh. Air France was a complete and total disaster and I would strongly recommend all friends and colleagues to find alternative airlines for travel"

Prós: "Yelling, cheering and literally rolling in the aisle made for a really annoying flight"
Contras: "Infusions bad behavior. Also, flight number was changed and AF. Was understaffed to handle questions on squirrelly luggage check."

Prós: "Nothing."
Contras: "They loosed our reserved seats, our luggage, food was awful, ground staff was disrespectful."

Prós: "In cabin crew was attentive and friendly. Food was good and came at good times. Middle bathroom on Airbus 380 was big and comfy."
Contras: "Boarding was not too well organized and I followed Security's direction who put me in wrong line and I wasn't able to board with my priority group. Sitting in exit row with no floor storage so this delay made it hard to find overhead storage above my seat. (Grrrr) Entertainment system didn't work which made the flight feel LOOONG. (They offered an in-flight credit, but I'd paid for premium exit row seat and had to choose between moving to working system in crowded middle seat or keep premium, exit seat. I decided to have them move me to a seat with a working entertainment system, which were available and they'd offered, but never happened.) When I got home, I discovered the gift I purchased with in-flight credit and my own money wasn't the one I'd requested from Duty Free catalog so now I have to figure out how to solve this problem. (COULDN'T GET IT RIGHT.) Premium exit row seat was narrow, due to in-seat tray table & entertainment system, but seatbelt mounts and thinly padded seat made it even more uncomfortable on a long flight."

Prós: "Nothing... and we were late which made me miss my connecting flight and I wasn’t reimbursed because it was with a different airline"
Contras: "See above and the food was disgusting"

Prós: "Service was great, flight was on time and I really enjoyed everything"
Contras: "Little turbulence but overall it comes as usual so it was worth the flight"

Contras: "Some toilet facilities out of order and some slow service"

Prós: "It was on time and the crew was good"
Contras: "The food wasnt upto the mark"

Contras: "It was delayed"

Prós: "Pretty decent"
Contras: "Not much"

Prós: "No delays, service with a smile"
Contras: "Nothing to report."

Contras: "Water to drink during flight."

Contras: "It was over booked the flight 2 times on the way Seychelles........ It was tired journey definitely..."

Contras: "Someone stole my airpods in my bag. I noticed it once reached at home. This is the first time it happens to me. Very bad experience"

Contras: "USB connection was not working from my seat"

Contras: "The seats are uncomfortable"

Prós: "Your crew were great."

Prós: "on time"
Contras: "they woke me up in the middle of the night to give me food.."

Prós: "Nothing"
Contras: "The lights in my area could not be turned off. So it was a over night flight with lights all the time. Impossible to sleep. Crew did not even said sorry. Just “it is not working.” Did not explain as well."

Prós: "They are nice and friendly"
Contras: "Toilets should be cleaned often"

Prós: "The plane was spacious"
Contras: "-The flight entertainment wasn't working -There was a delay, but no one from the airline communicated; we were just waiting and the waiting area didn't have sits"

Prós: "Everything was to my satisfaction."

Contras: "Plane didn’t hold, even though I would have made it if they waited 10 minutes, and surely they knew I was coming from a delayed flight caused by Ethiopian and left anyways. Now have to take 3 extra flights and will miss a train at my final destination."

Prós: "Good crew, service."
Contras: "I chose a seat with no one in my row (because I knew the flight would not be full) and yet somehow two others got assigned to my row after. There was no need to cram us all into one row when the whole plane was empty!"

Prós: "nothing"
Contras: "comfort of the seats. the made the flight early to 0730 am and still serving lunch at 0830 in the morning. All was bad"

Contras: "No kosher food eventhogh we asked for it"

Prós: "Everything Kosher food was excellent"
Contras: "Nothing"

Prós: "The staff where so dedicated. The food was very real and crunchy. Go for the beef instead of chicken. I had both. Was a ten hr flight."
Contras: "The fact that they write your card details carelessly on a pierce of paper when making an inflight purchase. Should be swipe and all done. No need writing those sensitive data down."

Contras: "Food can be improved."

Contras: "everything about it, from the random cancellation of my flight, to missing my connection, and their inability to get me another flight, spending over 24 hours in travel for a mere 6 hour flight. No customer service, would never recommend Ethiopian Airlines to anyone."

Prós: "seat space was good"
Contras: "the flight was full so drink service was not well organized, lack of water"

Prós: "New plane."
Contras: "Addis airport is always a mess. Security check takes 30 mins+, gates are changed without announcements and there are no display mentioning flight or destination at the gate. For the flight, food not great and service slow."

Contras: "I'm 1.89 and knees are jammed on this flight. Legroom is better on their long haul flights."

Contras: "Crew was not friendly and seemed to ignore my requests. Seat was not comfortable. Food was okay."

Prós: "POLITE AND GENTLE CREWS. SERVICE WITH A SMILE. AIR FARE REASONABLE COMPARED TO OTHER AIRLINES"
Contras: "IF FARE IS CHEAP THAN THAT DOES NOT MEAN THE SERVICES SHOULD BE POOR"

Contras: "The food was not appetizing and the flight ran out of sodas"

Prós: "I liked the interaction of the cabin crew with the passengers. They were helpful and responsive."
Contras: "I was disappointed with the limited entertainment options on board. Also, the boarding was a bit hectic because of the congestion at the airport but I reckon that is not the fault of the airlines."

Contras: "Seats were so uncomfortable, like three airline doesn't care about comfort. The food, which is usually decent, was also below par."

Prós: "I do like the cheerfulness of the flight crew. They are very attentive."
Contras: "The water is doled out in small cups. Not enough!"

Prós: "Flying direct from LA to Europe is a challenge. My other flight got cancelled the day of from another airline but i found this flight 12 hours later direct to Ireland for very cheap. Nice staff and amenities. Socks headphones and plenty of LEG ROOM in economy class. Would fly again"