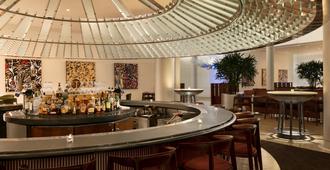 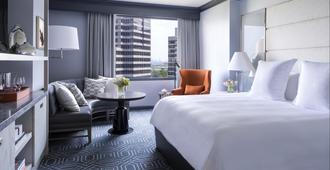 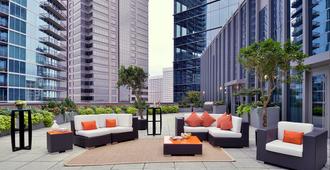 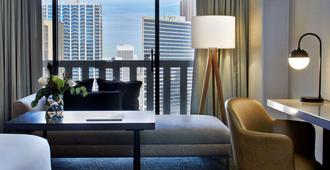 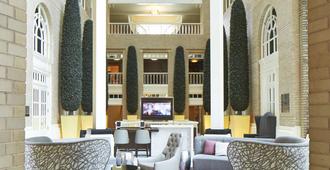 Nota geral 8,1 Excelente
Baseado em 483 avaliações
Todos
Limpeza
8,9
Conforto
8,8
Comodidades
8,7
Localização
8,9
Nota geral
8,2
Limpeza
10,0
Conforto
10,0
Comodidades
10,0
Localização
10,0
Nota geral
10,0
Limpeza
9,1
Conforto
9,0
Localização
9,1
Serviços
9,0
Pessoal
8,9
Limpeza
8,6
Conforto
7,3
Comodidades
7,3
Localização
7,3
Nota geral
7,0
Limpeza
8,5
Conforto
9,0
Comodidades
8,7
Localização
8,4
Nota geral
7,8
Limpeza
9,0
Conforto
8,7
Localização
9,1
Serviços
8,8
Pessoal
8,7
Limpeza
8,8
Conforto
8,7
Comodidades
9,0
Localização
8,8
Nota geral
8,0
Limpeza
8,8
Conforto
8,8
Comodidades
8,6
Localização
8,8
Nota geral
8,9
Limpeza
9,2
Conforto
9,2
Localização
8,9
Serviços
9,2
Pessoal
8,7
Excelente 10,0
Excelente 8,5
Excelente 9,7
Excelente 8,0
Excelente 9,4
Excelente 8,0
Excelente 9,4
Bom 7,1
Excelente 8,2
Excelente 10,0
Excelente 8,2
Bom 7,1
Excelente 10,0
Excelente 10,0
Excelente 8,0
Excelente 8,0
Excelente 8,2
Bom 6,8
Excelente 8,0
Bom 7,7
Excelente 8,0
Excelente 9,0
Excelente 10,0
Excelente 8,0
Prós: Staff in general is excellent except for "Bell" staff. Autumn is amazing as is other front desk team! Cleaning staff-very friendly!
Contras: Bell staff & valet are famous for watching you arrive and handle your own luggage. This most recent visit I was confronted by bellman saying I could not personally get a cart for my luggage. This was after standing at my car for about 5+ minutes while valet and bell staff were busy doing nothing. Amazing-it hasn't been a problem on past visits for me to get a cart and handle my own luggage while they all stand around and watch. The best they will do is push the handicap button that automatically opens the doors and sometimes a half hearted "can I help you". If management could get bell staff on board then everything would be first class.
Bom 6,2
Prós: Staff were very accommodating.
Contras: Parking fees are greatly overpriced. Price of parking should have been included in price of room. A/C did not operate properly during visit. Staff offered room change or box fan. While this was a nice gesture, QC (Quality Control) was not performed to insure all functions and features of the room were properly operating prior to the arrival of guests. In the future, this function and quality check should be performed before the checkin of guests.
Excelente 10,0
Prós: We liked the lounge & the room. It was a great atmosphere.
Contras: There should be drinks in the rooms.
Excelente 10,0
Prós: Tanya, Jeff and Jonathan we friendly, remembered my name and were of great help! Everyone was friendly and very attentive. I spoke to my guess and they were all repeat customers. That says a lot!! Excellent!!!
Contras: No Pool
Excelente 8,0
Prós: Beautiful lobby well-decorated for Christmas, friendly staff, comfortable rooms.
Contras: Very expensive. I think Atlanta was busy that weekend, but $200 a night seemed steep for what it was.
Bom 6,0
Prós: The rooms were clean & comfortable, lobby was nice with the fire place going, fish tank was beautiful and front desk and restaurant staff were great.
Contras: The was no parking, cars were lined in 2 rows for valet and no one came to help. We waited in the car for someone to come & never happened. Parked a little over a block away and walked through some pretty disgusting stuff to get back to the hotel.
Excelente 9,3
Contras: The extra charges for internet and the mandatory valet parking was a bit much.
Excelente 9,3
Prós: Good staff, valet was very prompt, rooms were comfortable and very clean. Would probably stay again if I had some kind of coupon but coupled with the valet charge, it was too expensive for me.
Contras: I can't stand places that charge $200/night and don't give you free wi-fi in the room. Also, the $32/day valet (while we knew about it in advance) still stung... there was pretty much no other option around though.
Excelente 9,0
Contras: Having to pay 32 dollars a night for parking.
Excelente 8,6
Prós: Great quality especially for price.
Contras: Walls are super thin
Excelente 10,0
Prós: Really nice hotel. Would visit a again.
Contras: Parking is expensive but probably the norm for downtown.
Excelente 9,1
Contras: Staff was rude.
Excelente 10,0
Prós: The staff were very kind. the room very clean.
Excelente 10,0
Contras: I didn't like paying $6.00 for a bottle of Avían water and $3.00 for a miniature Sprite
Excelente 8,5
Contras: Valet parking not included
Bom 7,4
Prós: Community Smith Restaurant is great and rooms are good. Cleaning staff very friendly.
Contras: Bell staff leaves a lot to be desire. Most don't even offer any help whatsoever. Hardly ever ask if they can help with luggage and fortunate that the main lobby doors have a auto button or you would always be on your own to open the door. They do a great job of standing around! 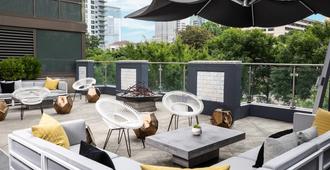 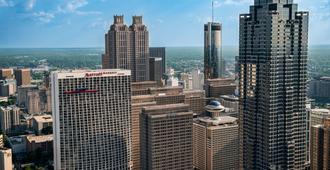 Nota geral 7,6 Bom
Baseado em 470 avaliações
Todos
Limpeza
8,1
Conforto
8,2
Comodidades
8,2
Localização
8,6
Nota geral
8,5
Limpeza
6,0
Conforto
10,0
Comodidades
8,0
Localização
10,0
Nota geral
8,0
Limpeza
9,0
Conforto
10,0
Comodidades
6,0
Localização
10,0
Nota geral
9,0
Limpeza
7,6
Conforto
7,8
Localização
8,6
Serviços
7,3
Pessoal
8,1
Limpeza
9,5
Conforto
9,0
Comodidades
8,5
Localização
9,5
Nota geral
9,0
Limpeza
8,0
Conforto
9,2
Comodidades
8,5
Localização
9,3
Nota geral
8,4
Limpeza
8,3
Conforto
8,1
Localização
8,5
Serviços
7,6
Pessoal
8,5
Limpeza
8,5
Conforto
8,4
Comodidades
10,0
Localização
9,0
Nota geral
10,0
Limpeza
8,1
Conforto
8,2
Comodidades
7,7
Localização
8,3
Nota geral
8,2
Limpeza
8,3
Conforto
8,4
Localização
8,7
Serviços
7,7
Pessoal
8,6
Excelente 8,0
Bom 7,7
Excelente 8,0
Excelente 10,0
Excelente 8,5
Bom 6,0
Excelente 10,0
Excelente 8,5
Bom 6,5
Excelente 10,0
Excelente 10,0
Excelente 8,8
Excelente 8,5
Prós: We had a wonderful stay at the Artmore. The staff was friendly and the decor and atmosphere were great. The only drawbacks were the tub and tile in the bathroom had been recoated at some point and the paint has begun peeling and chipping. The dresser in our room was missing the bottom drawer (which wasn't a big deal-it just made the room feel less cared for). And last, the chain bolt on our door was held on with a single screw that when touched, wiggled and nearly fell out-had it not been so late and had we stayed more than one night, I would have requested a repair be made or a change of rooms. All of that said, it is a cute boutique type hotel. The courtyard is fantastic. Even with Gide little issues, I would stay there again. We walked to Starbucks as well as to the art museum. The location cant be beat.
Excelente 9,4
Prós: This is a great boutique hotel - reminded me of traveling in Europe. Great courtyard area, live band at the bar, great room. I didn"'t expect the kitchen area and it would have been very useful for a longer stay. Perfect picture of Marilyn Monroe in the room and a great little alcove with an Wlvis print for a mystical moment. Incredible location in Midtown close to the High Museum and Peachtree Street/Piedmont
Contras: The only thing that I didn't like was that I didn't stay longer.
Excelente 10,0
Prós: The staff is uniformly friendly and helpful throughout our three night stay. The bar is modern, yet cozy. This hotel would be a fine romantic get-a-way in the heart of Mid-town Atlanta. Walking distance to the Marta (across the street), High Art Museum and Symphony. Lovely courtyard with azaleas still in flower in Dec. The room was nicely laid out with wonderful, luxurious bedding. Every bit as advertised, quiet and thoroughly comfortable. Would not hesitate to return.
Contras: The exercise room is small, but it is a boutique hotel. Plumbing in tub had a minor faucet leak.
Excelente 8,8
Prós: Great location, nice bar and good food. Perfect when in town for a concert at the Loft (one block walk). Fun decor (hollywood themed). Great staff. Love the Firepit. Cozy sheets. Easy in and out...check in a breeze. Valet had car in 3 minutes. Great!
Contras: Bathroom paint needed update. Felt a little dated and grimy. It is a very old hotel that has been updated but the bathroom looked like it has just had years of paint. Needs a total redo. Probably why the price is so affordable. Only negative to our stay.
Excelente 9,4
Prós: Perfect location and a great value. Our toilet leaked a little but other than that, a very satisfactory stay.
Excelente 10,0
Prós: Warm, inviting, friendly hotel
Excelente 10,0
Prós: Beautifully decorated hotel with very nice outdoor areas. Excellent customer service, very comfortable beds. Overall, a great experiences
Excelente 9,4
Prós: Staff was helpful. Exterior is gorgeous. Nice to have the kitchen in the room--it was like an efficiency apartment. Tidy. A fine value and while it's mostly office buildings in the area, the location by the MARTA station was otherwise excellent.
Contras: Wi-fi was very erratic, especially on my tablet. I met other guests who said the same. The key card lock on the door from the courtyard to my section of the hotel didn't work, which meant a longer walk around to my room.
Excelente 8,5
Prós: The staff was incredible.
Contras: The bathroom wasn’t done very well, either in layout or finishes. The morning breakfast was really not good at all.
Regular 5,1
Prós: The bed was comfy and the shower was amazing. Staff friendly. And decor was perfect.
Contras: Ants and Earwigs. Leaking Ceiling. Bad Toliet.
Excelente 8,0
Prós: Staff was great and the hotel was clean and hip.
Contras: The facilities were a little dated as were the fixtures in the room (sink, shower, etc.). My sink would not drain. It was moderately annoying. I should have called to have it looked at, but didn't have time. My feeling is the cleaning staff should notice things like that and alert the maintenance crew. It should not be left to the guests.
Excelente 10,0
Prós: Nice ambiance, the courtyard is fun, but the staff made our stay extra special. Friendly and personable all around. Great value for midtown Atlanta.
Excelente 9,7
Prós: Updated rooms, comfortable bed. Lovely courtyard. Pleasant staff. Pet Friendly!
Contras: No microwave.
Excelente 8,0
Prós: Location
Contras: 19.50 for valet was expensive. hot water pressure weak. analogue cable tv was not clear and not channel indication on screen
Excelente 10,0
Prós: Very polite and very helpful with ideas of what to do in the city and with restaurant ideas. 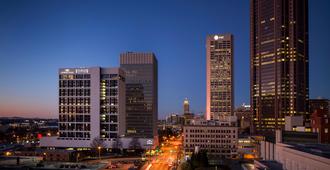 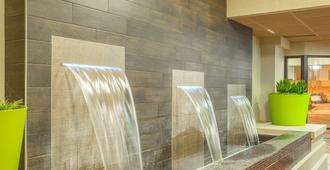