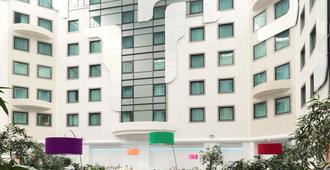 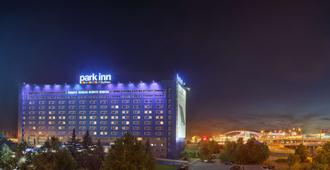 5ª posição
Park Inn Sheremetyevo Airport, Moscow
8,8
Excelente 8,8
4.787 avaliações
Detalhes
Avaliações
R$ 302
Ver oferta
Radisson Blu Hotel Sheremetyevo Airport Moscow
Ver todos os detalhes
Limpeza
8,8
Conforto
8,8
Comodidades
7,8
Comida
6,5
Localização
9,5
Nota geral 8,7 Excelente
6.854 avaliações
Todos
Limpeza
8,8
Conforto
8,8
Comodidades
7,8
Comida
6,5
Localização
9,5
Limpeza
8,2
Conforto
10,0
Comodidades
6,5
Comida
6,5
Localização
10,0
Limpeza
8,8
Conforto
8,7
Localização
9,6
Serviços
8,6
Pessoal
8,8
Limpeza
10,0
Conforto
10,0
Comodidades
10,0
Localização
10,0
Nota geral
10,0
Limpeza
8,8
Conforto
8,7
Localização
9,5
Serviços
8,5
Pessoal
8,7
Limpeza
8,9
Conforto
8,8
Localização
9,5
Serviços
8,8
Pessoal
8,8
Limpeza
8,8
Conforto
8,8
Comodidades
8,0
Localização
9,5
Nota geral
9,0
Limpeza
8,8
Conforto
8,7
Localização
9,4
Serviços
8,7
Pessoal
8,8
Excelente 10,0
Prós: Location is so convenient. You don’t even need to get out of SVO. After arrival it will lead you directly to the hotel. Stuff is super helpful and friendly. All done professionally and they go extra mile to assist with your comfortable stay. Breakfast was very fresh with good service and European cuisine.
Contras: Entrance to the hotel. Couple of times taxi couldn’t find the entrance easily due to construction. Make sure your taxi driver knows where to go.
Ruim 1,0
Prós: Don’t use this hotel - you will start getting spam messages from them every few hours every day even after you have left the hotel. Don’t make this mistake
Contras: Toms of spam!
Bom 7,0
Prós: When I reported a small problem with a shower, a plumber came in 15 minutes and fixed it right away. It's not a short walk from the airport, and you need to go through 2 security checks (on the way back to the airport), but it's connected to the airport, which is nice. The breakfast looked fine.
Contras: The room didn't look very sharp, scratches and marks in different places. The shower was a bit strange. Even I had a conditioner, it became very hot during the full sun outside, as the windows are huge.
Ruim 1,0
Prós: Location
Contras: The stay was horrible. Having been traveling for my whole life this hotel was one of the worst. The service and the room was definitely not up to a standard of 5 stars. At the arrival, the receptionist gave us an “upgrade” because the room that we booked was not ready yet. The room was old and dirty. The beds and pillows were horrible. In the 5-star hotel , you’d except orthopedic mattress but not only it wasn’t orthopedic, it was so soft that when you sit or turn you would jump up (like in a cheap hostel). We stayed there because we had an overnight layover so it was essential for us to sleep during limited time that we had. Not only we couldn’t sleep because of the cheap beds but also there was a LOUD noise from the water pipe that went through our room. At 11 pm when we went to bed, we couldn’t fall asleep. I called the reception and told them about the problem. They said that they are busy now and that it would take someone to come up and check the noise 20 minutes . 20 minutes of our sleep. We only had 4 hours left to sleep. We obviously said that we’re not going to wait and then spend more time of our sleep on solving this issue. Conclusion: The hotel doesn’t deserve 5 stars. The rooms had dirt on the surfaces in the bathroom. The staff response slow and the staff service equaled the 2-star hotel level. + On my mom’s birthday we couldn’t function properly because we couldn’t sleep in this hotel.
Excelente 10,0
Prós: Love this very convenient place. Great breakfast and clean palatial room. 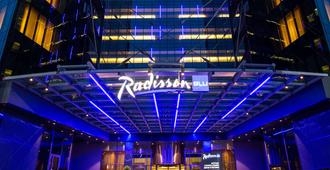 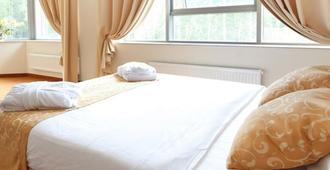 8ª posição
Hotel Aviator Sheremetyevo
8,3
Excelente 8,3
2.237 avaliações
Detalhes
Avaliações
R$ 224
Ver oferta
North Star Hotel
Ver todos os detalhes
Limpeza
8,2
Conforto
8,0
Comodidades
10,0
Localização
8,2
Nota geral
10,0
Nota geral 8,2 Excelente
433 avaliações
Todos
Limpeza
8,2
Conforto
8,0
Comodidades
10,0
Localização
8,2
Nota geral
10,0
Limpeza
7,8
Conforto
7,8
Localização
7,9
Serviços
7,7
Pessoal
8,1
Limpeza
10,0
Conforto
10,0
Comodidades
10,0
Localização
10,0
Nota geral
10,0
Limpeza
8,3
Conforto
8,2
Localização
8,6
Serviços
8,0
Pessoal
8,7
Limpeza
8,5
Conforto
8,3
Localização
8,0
Serviços
8,4
Pessoal
8,6
Limpeza
7,9
Conforto
7,8
Localização
8,0
Serviços
8,1
Pessoal
8,8
Limpeza
7,7
Conforto
7,7
Localização
7,9
Serviços
7,9
Pessoal
8,6
Excelente 10,0
Prós: Free bus to the airport. Wi fi was great. Clean and lots of services. Great communication
Excelente 8,0
Prós: All was clean, quiet , it is not a big hotel
Contras: If they had buffet for breakfast, I will appreciate more
Ruim 3,0
Prós: Nothing at all
Contras: It's not near the airport They offered a paid shuttle that I waited for more than 30 minutes , and we drove more than 20 minutes to the property
Excelente 9,0
Prós: It is a cozy and calm place in a quiet district. Clean rooms, helpful personnel, really attractive price even during state holidays. Location within 10km from Moscow-Sheremetyevo airport is a great advantage. Transportation to Khimki railway station is also available, normally it takes 10-15 minutes to get there. Rooms are really warm, this is important during cold weather.
Contras: Some rooms have semi-transparent doors to bathrooms, this may be inconvenient sometimes. Also despite there is a non-smoking hotel some guests violate this rule and there may be smell of tobacco in some areas.
Excelente 8,8
Prós: Free Shuttle from Sheremetyevo (SVO) airport. Hotel was in a really nice, Russian style (high high ceilings) building. Apparently the building was built as a hotel not that long ago, but it felt like the residence of a government official before the revolution- was quite nice. Outside was a really nice garden, with kind of a tent with a piano where wedding services can be held, and outside there was a stream in the garden with a little bridge that crosses over it and lots of trees- the property is located in the middle of a forest- and it was fall so there was beautiful foliage. Breakfast was nice- nothing fancy. Staff were very attentive and helpful. Some knew english better than others. We used google translate A LOT.
Excelente 8,3
Prós: The hotel is close to the Seremetievo airport, so it was convenient for that reason, as we landed at 2:20 am. They offer free pickup by car when you arrive to the airport to bring you to the hotel and they did so even if it was 3 am by the time they had to send somebody. We had to wait a bit long for the car, in freezing Moscow, but OK, the car arrived and picked us up after all for free. We got a room for 4 people, which was a huge suite with two rooms, one with a big double bed and the other with two single beds for the children, the bathroom was clean, the hotel was silent, it has a big garden, they use it for weddings.
Contras: Only issue was the tentative extorsion by the employee at the reception when we checked in. He told us that we needed a "registration" with the Russian authorities that we obviously did not have. We told him that we had got our visas at the Russian consulate in our country of origin and he said that this registration was "something else". Luckily we did not panic, we kept calm, and once he realised that he would not have a penny from us he did not insist further but beware! 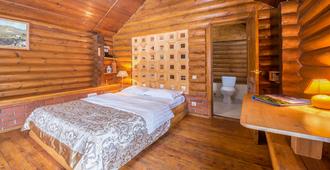