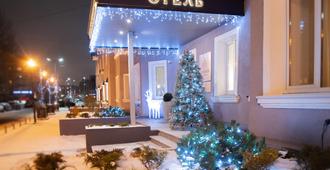 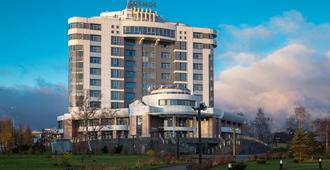 8ª posição
Hotel Belye Nochi
8,8
Excelente 8,8
222 avaliações
Detalhes
Avaliações
R$ 226
Ver oferta
Petrozavodsk
Ver todos os detalhes
Limpeza
8,4
Conforto
8,1
Localização
9,2
Serviços
7,9
Pessoal
8,8
Nota geral 8,2 Excelente
460 avaliações
Todos
Limpeza
8,4
Conforto
8,1
Localização
9,2
Serviços
7,9
Pessoal
8,8
Limpeza
8,4
Conforto
8,0
Localização
9,1
Serviços
8,0
Pessoal
8,7
Limpeza
8,1
Conforto
7,7
Localização
8,9
Serviços
7,5
Pessoal
8,8
Limpeza
8,5
Conforto
8,1
Localização
9,2
Serviços
7,9
Pessoal
8,8
Limpeza
8,6
Conforto
8,2
Localização
9,3
Serviços
8,0
Pessoal
8,8
Limpeza
8,4
Conforto
8,0
Localização
9,3
Serviços
7,9
Pessoal
8,9
Bom 7,0
Prós: The rom was ok with a bathroom, tv, very clean. There waz a kettle and a microwave next door and a fridge and a watercooler at the opppsite sides of the corridor
Contras: It was too hot to sleep despite the window opened. Either they didn"f turn off the heating, or the ventilation is too poor. The matras was too soft for my heavy weight. There is no crockery or cutlery, you can"t get a spoon, a knife or a cup, unless you go downstaIrs and ask at the reception. There was just one towel.
Excelente 8,0
Prós: I had stayed here before, so I booked being well informed. We had a clean modern looking double room with a toilet/shower. The window gave out into the street, I left the window a little opened, so it was a bit noisy in the morning. Otherwise, it was OK: two towels (none for the cold tiled floor though) fot each guest, enough electric sockets, TV with good quality picture, clean and comfortable bathroom with no bad smells or noises. We'll come there again, most likely.
Contras: There's no light to read in bed or a night table to put the glasses/phone/book at night, no kettle, no free coffe/tea/sugar, all the kettle-fridge things are outside, so you need to dress to make or buy a cup of coffee. The fridge in the corridor is very small, I had to squeeze my stuff in. The bathroom door could do with a wash. )
Bom 7,0
Prós: The hotel is very close to main street. There's a supermarket nearby, a shopping mall and some coffee&restaurant. The room was big enough. there was a cabinet , a table for work and also free wi-fi. There is free water in the reception floor also it's available to get coffee from machine
Contras: The bed was too soft The breakfast is not given in the hotel, you need to go a coffee very close to hotel and the content of breakfast is poor.
Excelente 9,2
Prós: all perfect! there is only a microwave for cooking and a fridge. comfortable and excellent location for both the ferry and the city center.
Contras: Many rooms without aggregation!
Excelente 9,2
Prós: the bed and towel were amazing, the location is nice (even kind of a jail over the road wasn't bad😄), the staff was friendly.
Contras: there was no kitchen on the floor (only a fridge and a microwave), and the shower was unusual (a room with a few taps with no walls between, so several naked people of one sex could be in a room at once). NB: this works only for rooms without bathroom inside!!! also the walls of rooms aren't thick, so you'll hear everything from the corridor.
Excelente 9,2
Prós: Petrozavodsk is quite a small city so this hotel was close to train and bus station, also the sea and the pier. There were 2 receptionists at the time of our stay, one, a very sweet girl who could speak English perfectly and was super helpful, the other who was unable to speak English and seemed quite hard to communicate with, though with the help of Google Translate I guess she could try to be more welcoming! The property was getting cleaned regularly by nice & kind staff
Contras: Non only the receptionist I mentioned!