Casa De Campo Resort And Villas
Ver todos os detalhes
Limpeza
9,3
Conforto
9,3
Comodidades
8,3
Localização
9,2
Nota geral
8,6
Nota geral 8,9 Excelente
475 avaliações
Todos
Limpeza
9,3
Conforto
9,3
Comodidades
8,3
Localização
9,2
Nota geral
8,6
Limpeza
9,3
Conforto
9,4
Localização
9,1
Serviços
9,0
Pessoal
9,0
Limpeza
10,0
Conforto
9,0
Comodidades
7,5
Localização
8,0
Nota geral
8,0
Limpeza
9,4
Conforto
9,3
Localização
9,3
Nota geral
4,0
Serviços
9,3
Limpeza
9,3
Conforto
9,4
Comodidades
10,0
Localização
9,3
Nota geral
10,0
Limpeza
9,2
Conforto
9,2
Localização
9,1
Nota geral
9,3
Serviços
8,9
Limpeza
9,3
Conforto
9,3
Localização
9,2
Serviços
9,5
Pessoal
9,3
Excelente 10,0
Prós: Everything was excellent!! All the services in general, Casa De Campo is my next vacation destination pretty soon, & I'll go with my whole family this time. We can't wait!!!
Contras: I was really please with everything. I don't have anything bad to say about Casa De Campo. Really a excellent place for vacation time.
Excelente 9,0
Prós: There is nothing negative to say.
Excelente 10,0
Prós: Beautiful, clean and quiet.
Regular 5,0
Prós: The villa was nice except that one room had no running water for the shower and another room the sink did not work. The breakfast and cleaning staff was very nice. The restaurants where great and the beach.
Contras: The concierge for the villa was very confusing when came to the additional deposit fee for the villa. Also when I cancel a boat trip she was still trying to charge me a fee and she stated the boat did not dock at the resort. Next my family and friends set up an excursion to go dune buggy excursion and each cart broke down. I don’t think the facility was prepared and resort should have never recommended them.
Excelente 9,2
Beautiful resort, wonderful staff I have been here many times and have never been dissappointed. Love the place.
Excelente 9,2
Wonderful experience each and every time I visit. LOVE the place.
Excelente 10,0
Amazing place and great customer service
Excelente 10,0
This resort offers something for everyone. The staff are welcoming and accommodating and it’s so much fun traveling around on golf carts to see the sights in this massive resort. Amazing!!
Excelente 10,0
Contras: Excellent
Excelente 10,0
Prós: Very peaceful place and great staffs
Contras: Too pricey be prepared to pay heavily on everything
Excelente 10,0
I had a bad accident whilst here with work. I had to stay an extra week at the hotel to recuperate before I was given the all clear to fly home. Due to my injuries I had great difficulty in walking, and was also unable to use my right arm. The room maid, Santa Constanzo, was exceptional. She made a point of coming to my room daily and cleaning it and checking that I was OK. She got anything I needed and she left the room spotless. Apart from that, she gave me a lovely welcome every day. Also the female nurse in the medical center was very kind and cleaned and dressed the wound on my foot daily. All the staff were very kind to me, and helped me at breakfast time in the restaurant. Nothing more I could ask for just continue giving guest the great service that you provide.
Excelente 9,4
Prós: My last visit to Casa de Campo was 25 years ago and I was thrilled to return and find it: Impeccably managed; great staff...uniformly warm, professional, highly competent and highly responsive; great facilities...especially the beach club/pool/restaurant; great sports; wide array of surprisingly good quality food choices. Before our trip I read reviews that warned to beware of billing issues such as double charging and charging separately for items outside the “all inclusive” plan...and I am happy to report that billing was completely accurate with not a single discrepancy! Well designed, impeccably clean and well maintained rooms were a solid 4-4.5 stars and need just that little something to get them to 5 stars.
Contras: Only real complaint was the room air conditioning that I think uses “evaporative cooling” which results in a slightly uncomfortable humidity level in the room...and the configuration of the air conditioning diffuser/vent that resulted in a real blast of air that caused a mini-draft when activated.
Regular 4,2
Contras: The hotel didn't recognized the reservation made by this application.
Excelente 8,0
Prós: Organização, limpeza e a academia
Contras: A praia não era próxima, tem que pegar carrinho de golfe
Excelente 9,0
Prós: da infraestrutura e comodidades.
Contras: horário de funcionamento do bar da praia muito restrito.
Excelente 9,6
Prós: As piscinas são otimas, excelentes opções para jantar, tanto no clube quanto na marina, ou altos de chavón. Muito legal vc tem um carrinho de golfe a gasolina para se locomover. Os campos de golf são fora de série! Tem também uma escola de golf. Atividades também são muito legais como tenis e tiro ao prato.
Contras: Quartos construídos em 1970 reformados, são bons bem reformados, mas a obra em si é velha. Camareiras falando algo nos corredores (de dia e noite)

1ª posição
Casa De Campo Resort And Villas
8,9
Excelente 8,9
475 avaliações
Detalhes
Avaliações
R$ 3.903
Ver oferta
Guesthouse Villa La Isla
Ver todos os detalhes
Limpeza
8,9
Conforto
8,6
Comodidades
10,0
Localização
8,7
Nota geral
10,0
Nota geral 9,0 Excelente
39 avaliações
Todos
Limpeza
8,9
Conforto
8,6
Comodidades
10,0
Localização
8,7
Nota geral
10,0
Limpeza
9,5
Conforto
8,5
Localização
9,5
Serviços
8,5
Pessoal
9,5
Limpeza
8,8
Conforto
8,5
Localização
8,7
Serviços
8,5
Pessoal
9,8
Limpeza
9,4
Conforto
9,5
Comodidades
10,0
Localização
7,7
Nota geral
10,0
Limpeza
8,8
Conforto
8,4
Localização
8,8
Serviços
7,8
Pessoal
10,0
Limpeza
8,3
Conforto
7,5
Localização
8,3
Serviços
6,7
Pessoal
9,2
Excelente 10,0
Prós: Everything was perfect 🤩 and franck is amazing Thank you
Excelente 9,0
Prós: Everything else, even the dog
Contras: Sorry, no air conditioning, at night
Excelente 8,0
Prós: Owner and staff were great and very personable and attentive. Loved being near the water and very secluded and private.
Contras: The facilities need to be upgraded and renovated. The wifi was very poor. No AC.
Excelente 10,0
Prós: Everything specially the host! I’ve never been so well attended in any Bookings before... this was the best place and super accommodating.
Contras: Everything was perfect
Excelente 10,0
Prós: Really island in view of neighborhoods. Fantastic owner, you will definitely enjoy having talks with Frank in the evening....with some drinks. There is awesome view at the terrace. Unforgettable down and sunset. The owner is very helpful and hospitable
Excelente 9,0
Prós: It was nice to be out of the main part of the city. Loved The view from the terrace while we were enjoying the amazing breakfast Frank made us most mornings. Our evening chats with Frank on the same terrace . We were so thankful for Frank and all his help with instructions on how to get to Samana and Santo Domingo as well as booking a tour and a taxi. The room was clean and a good size.
Contras: Leaving our new friend Frank
Excelente 8,0
Prós: host and staff attention
Contras: difficulty in getting there
Excelente 9,4
Prós: The accommodations were clean, safe, and you can hear waves crashing outside your window. The rooftop terrace was the reason we booked this space and it didn’t disappoint. Frank is extremely kind, helpful, knowledgeable about the area, and dedicated to making sure you enjoy your time at his home.
Contras: Because of our flight times, we were not able to rent a car, which made staying in this spot more difficult and expensive than we expected. Fortunately, with Frank’s assistance, we found a trustworthy taxi driver and so were able to move around knowing we were safe. Unfortunately, that workaround blew our budget. Having a car would have made this spot more ideal but we still managed to enjoy it. 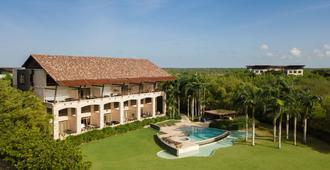 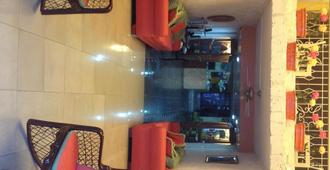 6ª posição
Hotel Frano
0,0
Ruim 0,0
0 avaliações
Detalhes
Avaliações
R$ 164
Ver oferta
Hotel Silvestre
Ver todos os detalhes
Limpeza
7,5
Conforto
7,5
Comodidades
2,0
Localização
7,2
Nota geral
2,0
Nota geral 6,8 Bom
47 avaliações
Todos
Limpeza
7,5
Conforto
7,5
Comodidades
2,0
Localização
7,2
Nota geral
2,0
Limpeza
7,3
Conforto
7,5
Localização
7,5
Serviços
6,7
Pessoal
7,3
Limpeza
7,3
Conforto
7,3
Localização
7,0
Serviços
6,5
Pessoal
6,6
Limpeza
6,9
Conforto
6,4
Comodidades
2,0
Localização
7,4
Nota geral
2,0
Limpeza
8,0
Conforto
7,9
Localização
7,1
Serviços
7,0
Pessoal
7,1
Limpeza
8,3
Conforto
7,5
Localização
8,3
Serviços
7,2
Pessoal
7,8
Regular 5,0
Prós: Quite. moderne. Good bed. Good AC.
Contras: Overpriced but good. The pool was dirty.
Bom 7,0
Prós: It was beautiful hotel. Some staff spoke English and those that did not were patient with my very broken Spanish.
Contras: I was charged $30 for a sheet because I got my period. There were fruit flies in the room.
Bom 6,0
Prós: It was very basic considering the price.
Regular 5,0
Prós: The property is modern and clean. The staff are friendly.
Contras: They force you to pay $15 per night for a poorly stocked mini bar. They do not tell you this until you reach the hotel. At night there is a disco and it is almost impossible to sleep. The food in the restaurant was not very good.
Excelente 10,0
Contras: Excellent food, clean, the staff is amazing. The rooms are clean. I had a great stay.
Bom 6,7
Prós: I only eat cereal and fruit, which is fine, but it ought to be included, as elsewhere
Contras: I think there is only one receptionist speaks English, which I cope with google, but generally foreign receptionists speak at least english and other languages, I think only Dominican regularly use this hotel, but it is safe, as others look dubious .
Ruim 2,0
Contras: when I got to the hotel they didn't find my reserved and didn't give me atention to stay
Regular 4,6
Prós: O apartamento
Contras: Café da manhã