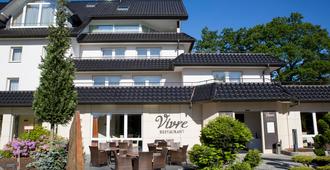 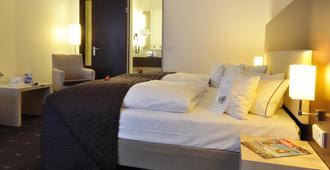 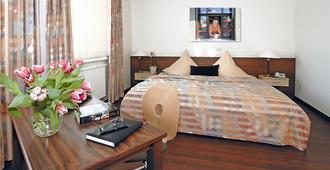 7ª posição
Holiday Inn Express Dortmund
8,3
Excelente 8,3
1.420 avaliações
Detalhes
Avaliações
R$ 547
Ver oferta
B&B Hotel Dortmund-City
Ver todos os detalhes
Limpeza
8,5
Conforto
8,1
Localização
8,8
Serviços
8,0
Pessoal
8,7
Nota geral 8,2 Excelente
2.173 avaliações
Todos
Limpeza
8,5
Conforto
8,1
Localização
8,8
Serviços
8,0
Pessoal
8,7
Limpeza
8,6
Conforto
8,2
Localização
8,7
Serviços
8,1
Pessoal
8,8
Limpeza
8,4
Conforto
8,1
Localização
8,8
Serviços
8,0
Pessoal
8,6
Limpeza
8,6
Conforto
8,1
Localização
8,9
Serviços
8,0
Pessoal
8,6
Limpeza
8,5
Conforto
8,1
Localização
8,7
Serviços
8,1
Pessoal
8,8
Limpeza
8,5
Conforto
7,9
Localização
8,8
Serviços
7,9
Pessoal
8,7
Regular 5,0
Prós: The bed was comfortable, it was warm, the internet was good. The staff helped me to print some documents for my flight. There are snacks inside if you don't want to go outside to buy something.
Contras: The location was the biggest let down for this hotel. Firstly it is not in a particularly safe area. So, if you are arriving via train/bus, and you have to 'walk' around, especially if it's early or late it might not be advisable. Especially if travelling with luggage/you're female, etc. I arrived via Dortmund Hbf and when I arrived I saw around many riot police waiting at the exit, and about 10 Polizei vans - not sure what was happening, but after leaving I saw I was in what appeared to be a ghetto, there is graffiti everywhere, and an area inhabited by people who are 'new' to Germany. At one point someone walking ahead of me kept turning their head and looking at me in the corner of their eye, then stopped and then walked behind me. I really got the feeling they were going to try and rob me, so I don't think it's a safe place to be walking around. I only read the google map reviews of Dortmund hbf afterwards, but you can see what I'm talking about for yourself. If you're in a car, this of course won't be a problem.
Bom 6,0
Prós: The Hotel proximity to the city center is, in my opinion, its greatest asset. It's also very easy to exit the city by car early in the morning.
Contras: Beds are too small and pillows are not confortable at all. The room is quite narrow for two ocupants so I suggest one room per guest... Given this there are better offers in town.
Excelente 9,0
Prós: Cannot complain - stayed for one night, arrived very late, left very early, uncomplicated check-in and check-out. The room was very clean, the beds were comfortable. Good central location as well, very short walk to the train station. Would recommend to anyone who needs a stopover.
Contras: Nothing.
Bom 6,0
Prós: The room was very clean and comfortable. Location is also very good as it is near Hauptbanhof
Contras: Check-out time is 12. But at 11:55 suddenly a woman opened the door without knocking it and said check out! while I was wearing my clothes to leave! Was very unpleasant
Excelente 8,0
Prós: Do Hotel e localização
Excelente 9,2
Prós: Bem localizado, novo, custo-beneficio ótimo.

8ª posição
B&B Hotel Dortmund-City
8,2
Excelente 8,2
2.173 avaliações
Detalhes
Avaliações
R$ 391
Ver oferta
Akzent Hotel Koerner Hof
Ver todos os detalhes
Limpeza
8,6
Conforto
7,9
Localização
8,0
Serviços
8,0
Pessoal
8,8
Nota geral 7,9 Bom
148 avaliações
Todos
Limpeza
8,6
Conforto
7,9
Localização
8,0
Serviços
8,0
Pessoal
8,8
Limpeza
8,8
Conforto
8,2
Localização
8,6
Serviços
8,4
Pessoal
9,2
Limpeza
8,3
Conforto
7,5
Localização
8,2
Serviços
7,8
Pessoal
8,9
Limpeza
7,9
Conforto
7,4
Localização
7,0
Serviços
7,6
Pessoal
8,1
Limpeza
8,8
Conforto
8,1
Localização
8,1
Serviços
8,1
Pessoal
8,9
Limpeza
8,5
Conforto
8,0
Localização
7,9
Serviços
8,0
Pessoal
8,9
Excelente 9,0
Prós: Breakfast was OK, the whole team was very friendly, location was excelent for us. Room very good, we had balcony We did not use the pool and sauna. Close to the city center (30 minute walking) or very close to the tram station.
Excelente 10,0
Prós: Breakfast really nice served. Atmosphere in this hotel is very comfortable. Really good place to stay and rest.
Excelente 10,0
Prós: Very friendly, and could stay in my room until 12:30 pm instead of 11am without additional payment - I had a conference call to do and staying later than 11am has been very helpful
Contras: a
Bom 7,0
Prós: the hotel was ok and there was nothing special to say about it.
Bom 6,3
Prós: The hotel seems to be located in a not quite so nice area, at least, that is my impression of the area. However, the staff were pleasant and the room was comfortable enough. The breakfast was satisfactory and the coffee was good. I wish their were tea and coffee making facilities in the room as there is absolutely nothing other than a mini bar and sometimes it would be nice to be able to make a coffee or tea, In general the room was reasonably quiet and i slept well on the whole although again, it's hard to get used to a double bed with 2 single mattresses, it's a strange concept which I have encountered in Germany. The hotel is located well for the transport system with a train/tram pickup within a minutes walk from the front door, you can almost see the stop from the hotel door.
Contras: No food available on the evening but I would recommend a Greek place called Metaxa that is a short walk away from the Hotel and I ate there on both nights I stayed and the food was good.
Excelente 9,2
Prós: Very friendly and helpful staff, comfortable bed, sauna and pool area, breakfast 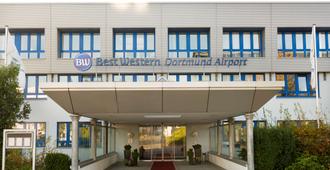 10ª posição
Best Western Hotel Dortmund Airport
7,8
Bom 7,8
1.178 avaliações
Detalhes
Avaliações
R$ 396
Ver oferta
Mercure Hotel Dortmund Centrum
Ver todos os detalhes
Limpeza
8,1
Conforto
7,9
Localização
9,2
Serviços
7,7
Pessoal
8,5
Nota geral 7,8 Bom
504 avaliações
Todos
Limpeza
8,1
Conforto
7,9
Localização
9,2
Serviços
7,7
Pessoal
8,5
Limpeza
7,9
Conforto
7,9
Localização
9,4
Serviços
7,8
Pessoal
8,5
Limpeza
8,0
Conforto
7,8
Localização
9,3
Serviços
7,7
Pessoal
8,5
Limpeza
8,3
Conforto
8,2
Localização
9,3
Serviços
7,9
Pessoal
8,4
Limpeza
8,1
Conforto
7,7
Localização
8,8
Serviços
7,5
Pessoal
8,4
Limpeza
7,8
Conforto
7,5
Localização
8,8
Serviços
7,6
Pessoal
8,3
Bom 6,0
Prós: Property is clean with friendly stuff. Location is top.
Contras: I especially requested a quite room. In front of the room there was road construction, and the crew started at 6a.m. I understand the hotel has nothing to do with the road construction, however the eoom choice was completely wrong for a supposedly “quite” one.
Excelente 10,0
Prós: Great place to stay for business, The hotel has located in the heart of the city! The room is clean and comfortable, There are plenty of restaurants around the hotel. also, hotel parking available and there are several parking places near the hotel as well
Bom 6,0
Prós: Good place
Contras: Good location
Regular 5,0
Prós: I loved the very friendly and helpful staff. The location of the hotel in the city center is perfekt.
Contras: The room was not clean on the floor. The fire dore in the hallway is closing really loud and you could hear it closing through the walls. I woke up at least 5 times at night because of the noise. I had a bottle of water in the room but no opener. The breakfast did not include any milk alternatives (like soya milk or oat milk) and I missed any fresh juices. But for 10€ there was a lot other to offer!
Regular 4,0
Prós: It was a bit old
Contras: Location
Excelente 9,0
Prós: Good location and good facilities 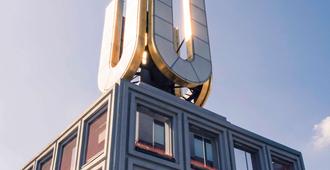 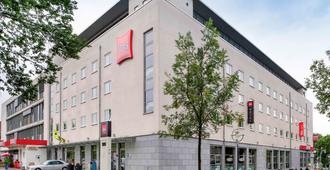 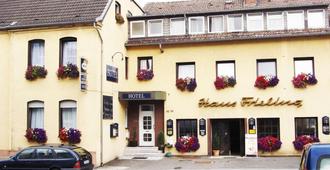