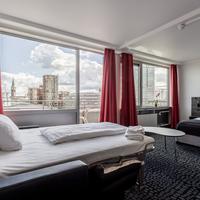 “The size of the rooms is decent and they are clean.”
“The location was great if you could keep the windows closed.”
“Spacious room for single occupancy.”
“Surprised to find weight on the room.”